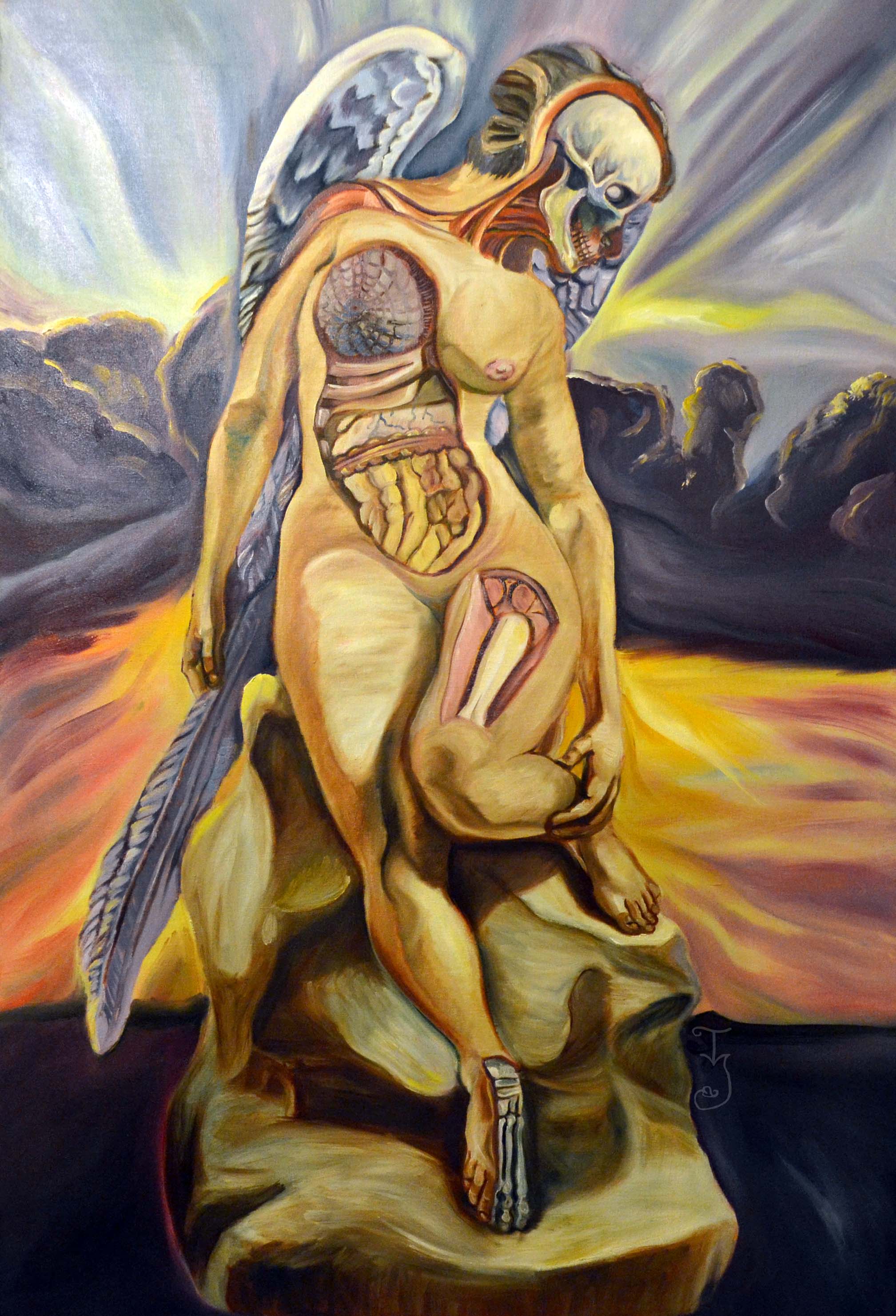 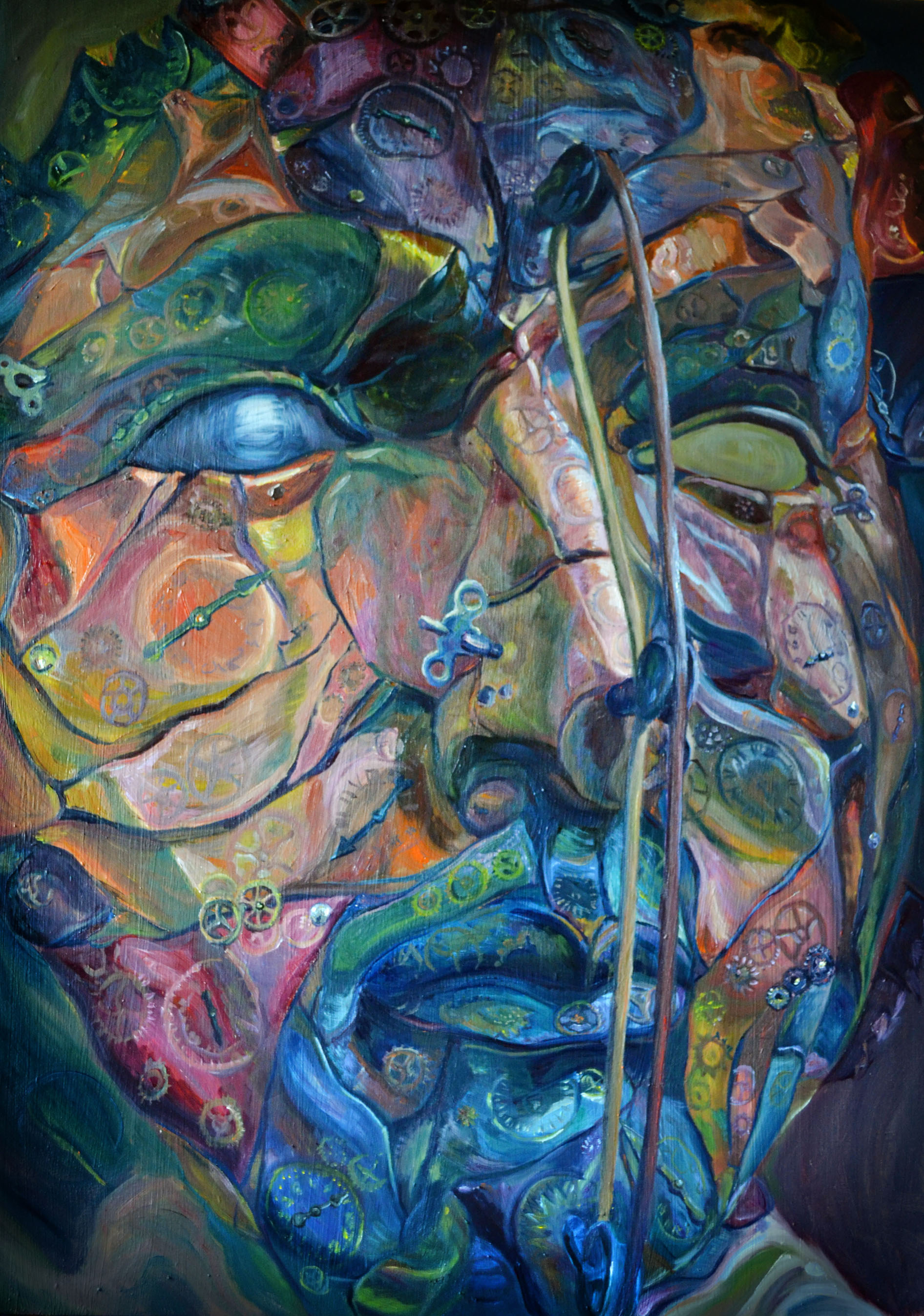 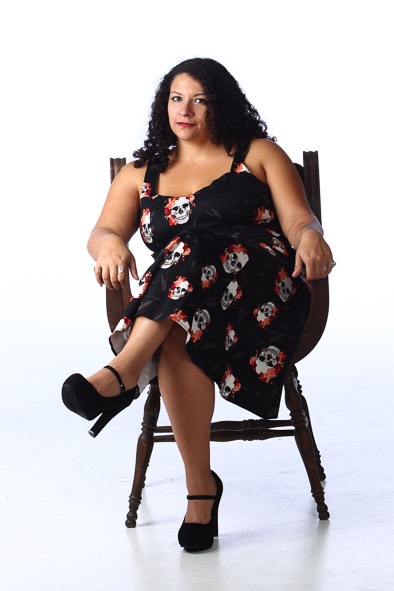 The beginning of the quarantine found Cecelia "Ivy" Price at the Château d'Orquevaux in France, taking part in a month-long artist residency, creating small studies of nudes forced to fit into a box as we often do in American culture. Ivy has traveled to the UK previously where she showed and lectured about her works dealing with loss of a loved one, called Brushstrokes of Emotion at the Skeletons: Stories and Social Bodies Exhibit, in 2018 (a recording of her talks can be found on her YouTube channel).

As a homegrown American, not white, not black, Ivy struggle with finding out where she fit in. “Brownish” is the new buzzword she's heard. Ivy states, "as a brown artist I am pigeon holed into making a certain kind of art and excluded from places that show black or brown art, because my work doesn’t “look” like black or brown art. I'm exploring different forms of my own identity through that lens, as well as through my explorations in art. I try to blend the mundane with organic magick." Ivy always hopes her work will inject some inspiration and emotion to the viewer. The culture zeitgeist in her work explores modern day themes such as body shaming (as seen in Coming to Confidence, a four-piece series, as well as the Reflected series,) and fear of death (as seen in Vida y Muerte, Pins and Needles, Grave Expression, and Recherche.)

During quarantine Ivy explored how she felt about the election, her treatment as a brown female at a school mean for rich white kids, and celebrating the Massacre of native peoples with turkey hats and cans of red jelly. Her work for the first time was turning political and she states she didn't care one bit.

Cecelia "Ivy" Price is a former Cleveland-based artist, activist, and educator, as well as chronic-illness-warrior and multiracial woman. She was recognized by Château d'Orquevaux and awarded the A-i-R Grant, in addition to an Artist-in-Residency opportunity in Orquevaux, France, in January 2020. Ivy aspires to create a non-profit in the near future that supports living as an artist notwithstanding chronic illness(es), especially women who’ve overcome trauma and other mental health challenges, such as those she has personally faced. She creates bold, high-saturation compositions infused with a passion for figures, urban street art, vanitas, and tattoo culture that reflect different aspects of her multiracial background. Embracing a rich and colorful palette, some of her work intensifies the joy of life, marred by great loss. She has earned her A.A. in Fine Arts, her B.A. in Fine Arts with a Drawing and Painting Concentration, and has most recently completed her master’s degree in Art Education. Painting, sculpture and photography are used to spread progressive ideas and messages of equity through her image making.

Take an Opportunity to Talk with the Exhibition Artist at our Opening Reception.